With a title like that, you could assume this will be a rumination on the nature of playing bass, the purpose of the bass instrument in Life, of or even a little haiku on the joys of bass! But no, today I am outlining an actual method of meditating by practicing bass. 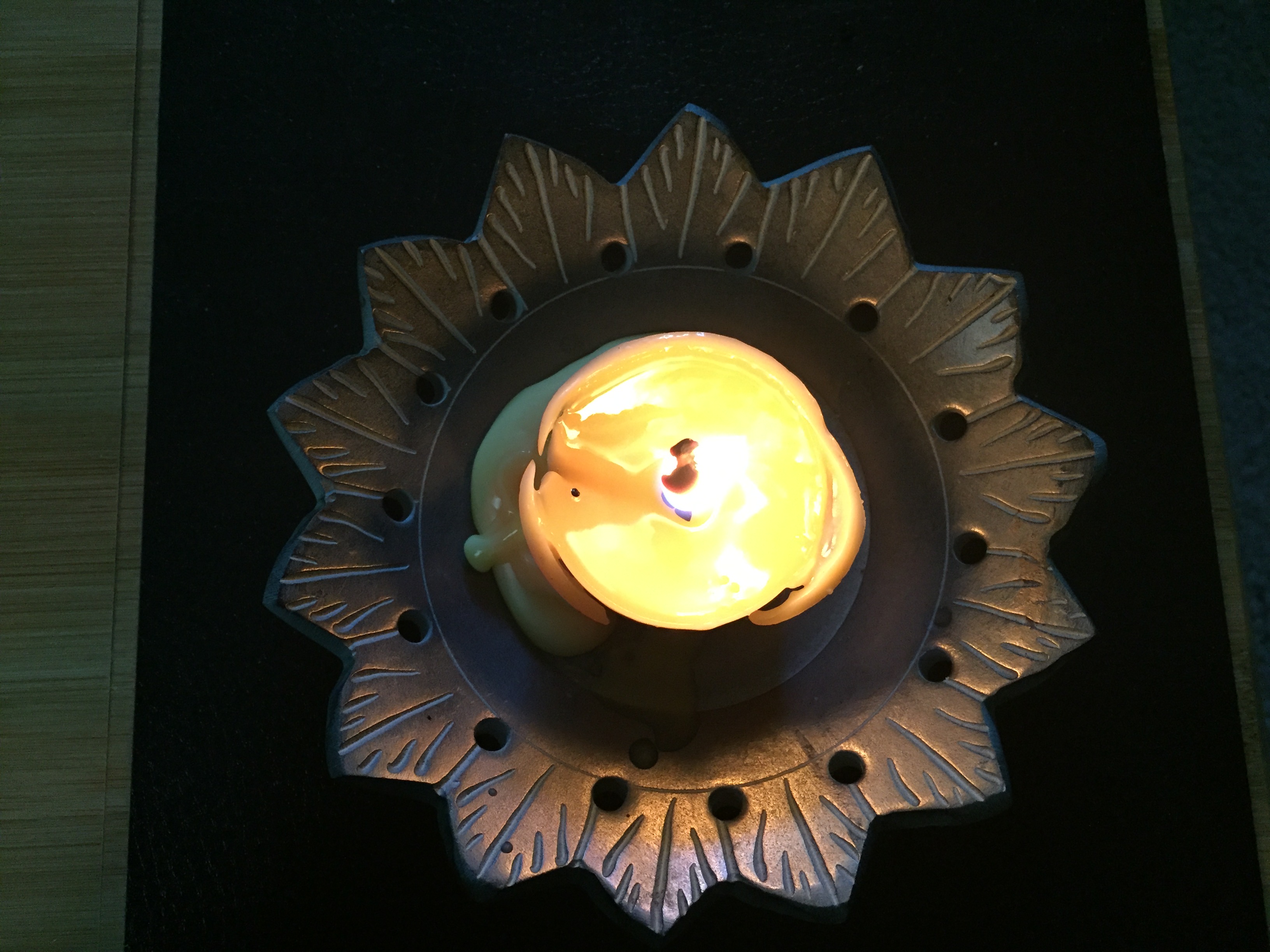 This whole thing started while talking with Jamie this past weekend about practice. Jamie spent his formative years holed up in a room with a guitar, noodling til all hours of the night. Me, I was always a a resistant mule, pulling against the harness. I have never been good at practice, always resisted it. I'll practice for a gig or other special event, but only recently have I been trying to incorporate something more regular. So I was saying how I wanted to get better at bass, fill in some gaps in my knowledge about music theory and such. Jamie then told me again his theory that all you have to do is take a riff that you're having trouble with and just repeat it over and over again for an hour.

"An hour?" I squeaked. Again (he's mentioned this before).

"Ok, at least half an hour. Half and hour of doing that riff over and over and it'll be in you."

Which I don't argue at all. Of course it would be tattooed in your essence after that long. But I just couldn't help but shudder at the idea of doing the same riff over and over for 5 minutes let alone half an hour! But I've been trying to be more...devoted to my music. And move past my comfort zones. So I tried it yesterday after work.

I chose the opening riff from (*cough* Silver Cloud Express' upcoming single *cough*) Color of our Dreams and set my forehead to the grindstone. But then I started falling into a sort of trance. Huh, it was actually kinda...nice! Just grooving on that one lick, over and over. It became like a chant with my fingers. I'd glance down at the timer and - wow, 6 minutes passed by! I just kept going. There would be sticky spots and I would go slower until they the worked themselves out.

Then the three ending gongs started sounding. I took a little stretch for my fingers, a sip of tea and started the timer again. I did the full half hour and it wasn't easy but it was cool! I felt so IN THE ZONE.

And as I turned off the timer after the gongs started sounding...I was thinking: This would make a good meditation.

So I did a bass meditation this morning (two 15 minute sessions, though I'll try straight 30 minutes tomorrow) and really liked it! So many similarities - staying present, in the moment, focusing your mind on one thing and letting everything else go. It put me in a bit of a trance and of course, there's the ever-awesome "killing two birds with one stone" element! 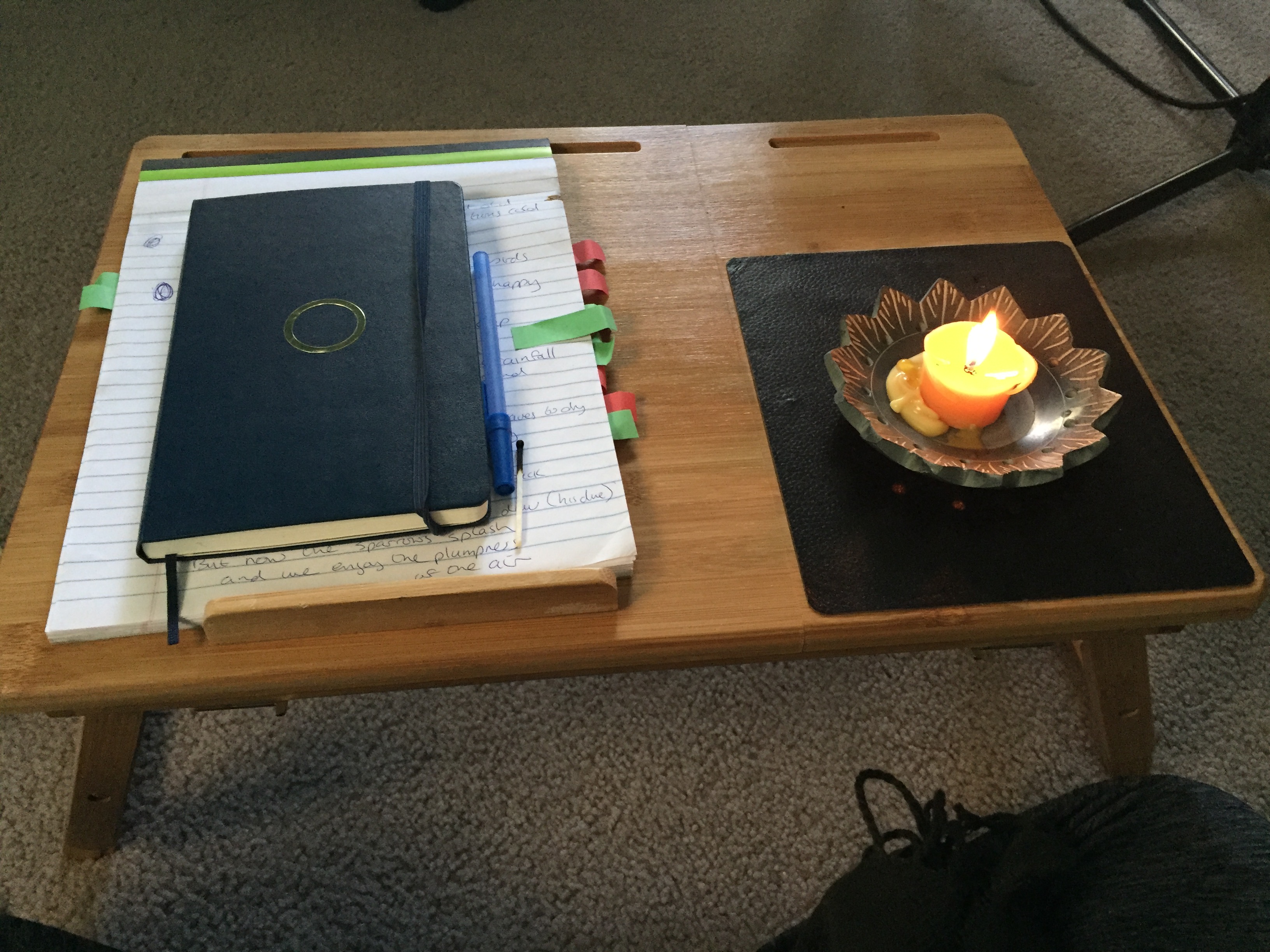 my little yoga desk - i begin every day here

This integration of music and meditation is nothing new - yogis have been chanting and holding kirtans for AGES. But I love how this practice merges something that is part of my core being (playing music) with a spiritual practice. It's like DEEP, man!

This could be a game-changer! We shall see, said the blind man...