new bunny on the block

I've chronicled our urban wilderness experiences in our backyard a few times already. The front yard is a different experience altogether. We don't 'hang out' in the front yard (not many people do anymore - used to be folks would sit on their stoops or front porches, chit-chatting with the neighbors. But that is definitely not the norm in our neighborhood). So the main experience I have is through our big picture window in the living room, looking onto our twin Texas rangers on a little man-made hill. 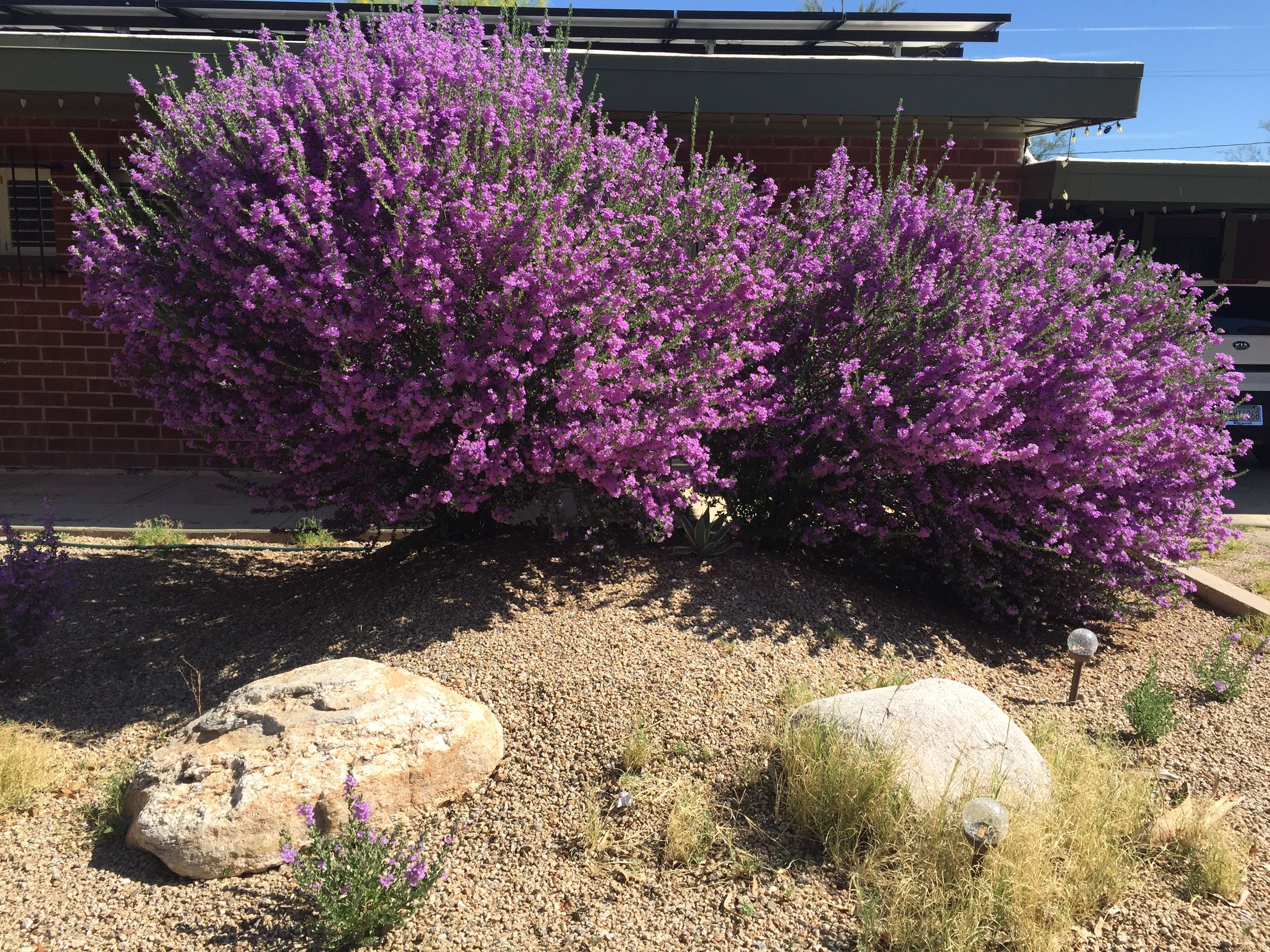 Here's the little microcosm from the front of the house. My little exhibition window is on the other side.

Those big shaggy bushes not only provide great privacy for the window and at times a breathtaking view of lilac-covered blossoms, but also provide shelter and shade for some of our little front-yard tenants. There's the sparrows that love eating buds off of the branches, a family of quail the takes a break from their incessant scuttering around for a nice breather and one particular rabbit who's made a little hollowed indentation underneath one of the shrubs for her own little napping spot - perfectly camouflaged and cool - protected from sharp eyes of many a cat, coyote or owl.

And since this past spring, she's not alone. There's a new bunny on the block. He's half of the size of what I presume is his Mama. They seem to live in a hole underneath the prickly pear patch at the front of our yard (I'm constantly amazed at how they can scamper so quickly and easily through some serious thorns). Some mornings, if I rise early enough, after I raise the blinds and peek into the dusky new light of the morning, I'll be treated to the sight of his wee little body nudging by the cactus, with his stubby ears and his nose a'wrigglin looking for the tenderest shoots of stray grass among the gravel.

He (I'm just calling him a 'he' and naming him Peter for obvious and cliche'd reasons) seems to play with the birds. If there's a grackle or a sparrow hopping on the ground close to him, he'll start scampering in a figure 8, going close to them and then weaving back, nibble, nibble, figure 8 again. The birds don't quite know what to think of him and after all, they just flit off in the other direction. It is the CUTEST thing I've ever seen.

He's smoothed out his own indentation under some fountain grass - another protected spot - that happens to face the house. If it's really hot (ie over 100 degrees), they tend to go back into the their underground - much cooler - warren. But the other day it was just 95 (you'd think it was spring!) there he was in his little nap spot, dozing away. With his little ears laid back, doing that "warm classroom after lunch" thing where his eyelids start sinking lower, and lower, and lower. Then whoom, he wakes back up, somewhat. Soon he just gives up and stretches out along the dirt, lying on his side, his little nose in the air and mouth slightly agape. I would bet good money that's he's ever so softly snoring. Squee!

But I wouldn't know because I can't get close enough. If I walked out the door, he'd hop along - or whatever the fast version of hopping is - and disappear. If he even noticed me staring through the window he'd probably get the heeby-jeebies.

So I just sit tight, stay still. Try not to scare him. Or any of the other front yard denizens. It's their land as much as mine - I'm just a witness - a caged spectator while the rest of them live free in the middle of desert suburbia. And that's just fine by me.