In honor of bass players everywhere who don't get quite as noticed as the guitar player or singer, here's the King! James Jamerson is the fingers behind half of the best music from the 60s (Carol Kaye being the other half). Here's a lovely tribute to his playing and his own Excalibur-turned-Holy-Grail - the lost 1962 Fender Precision Bass. 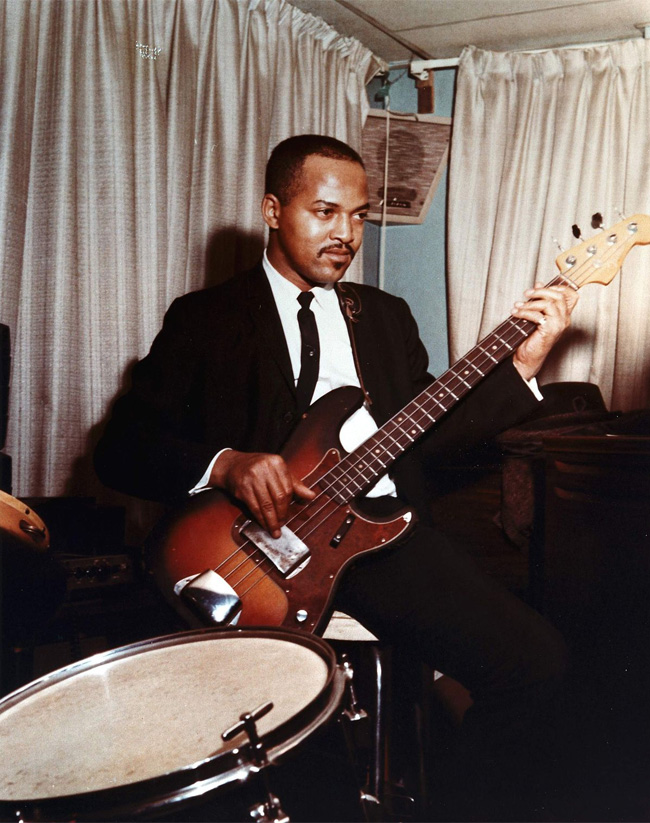 If you're NOT familiar with Jamerson, here's a good intro:

"The pinpoint-perfect syncopation. The melodic counterpoint. The ghost notes and inversions. In a foregone era when guitarists moonlit as four-stringers and walking bass lines reigned supreme, no bass player possessed the musical footprint of James Jamerson.

Motown’s golden-era recordings read like a lofty Jamerson resume: from sessions with Stevie Wonder to Marvin Gaye, The Supremes to the Four Tops. And with more No. 1 hits than The Beatles and The Rolling Stones combined, it’s a reputation that remains unsurpassed."

Some geek notes - Kaye and Jamerson famously differed in their picking style - Jamerson used only his index finger and Kaye adamantly swore by using a pick (which is how I learned). But it's interesting how they both came from jazz backgrounds, and both set up their basses to sound more like an upright: flatwound strings and a mute at the bridge to muffle the sustain (plus putting the volume and tone knobs all the way up). In a way they each limited the palette of the instrument so that it was all down to their playing.

"Then again, the instrument was never maintained to begin with. Jamerson never cleaned the bass or changed the strings, as he believed the residue was the key to his sound—or as he put it, “The gunk creates the funk.”"

Hah, I hold by this theory as well. So keep an eye out for 62 P Bass with the word FUNK carved in the back of the neck!