Blue and the Desert Spiny Bunch 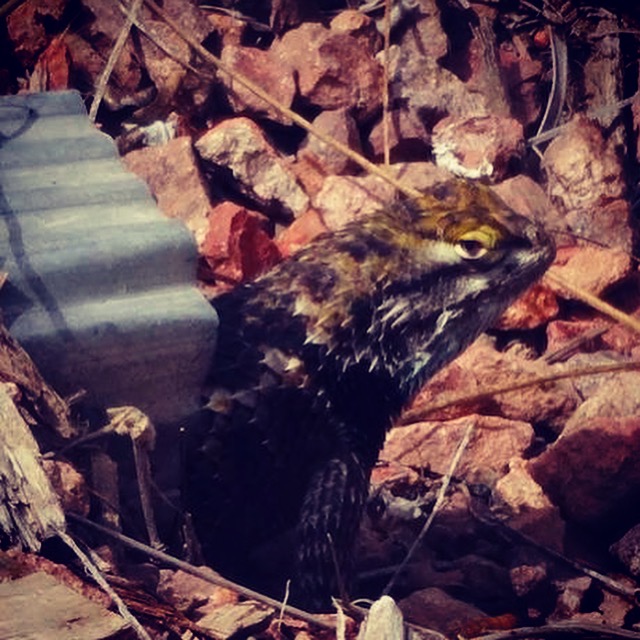 Got some questions about ol' blue from the newsletter I sent yesterday. Here's some fun facts:

And now some documentation of our fun lizard life (all photos by Jamie): 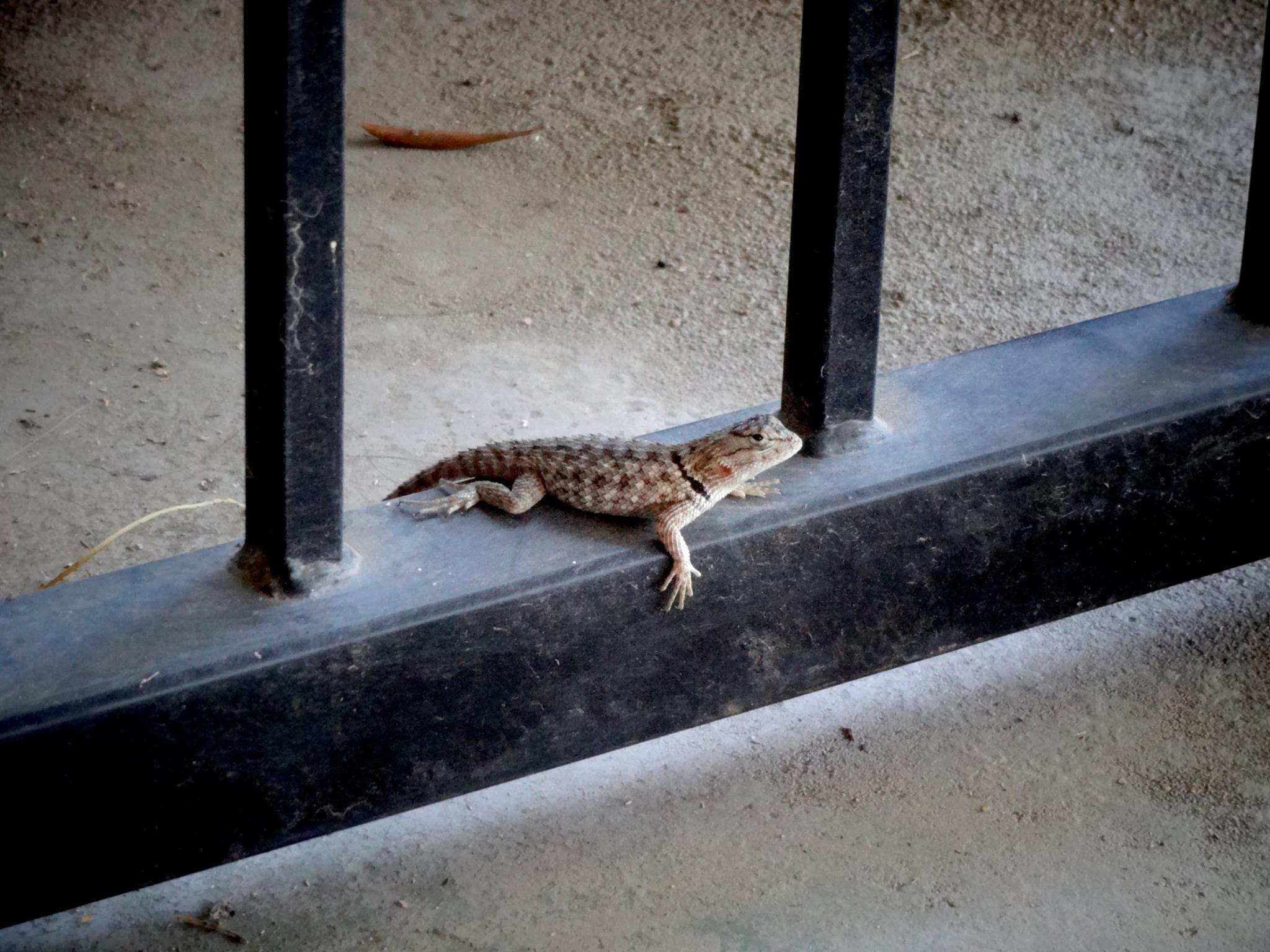 Micro waiting on the back door gate... 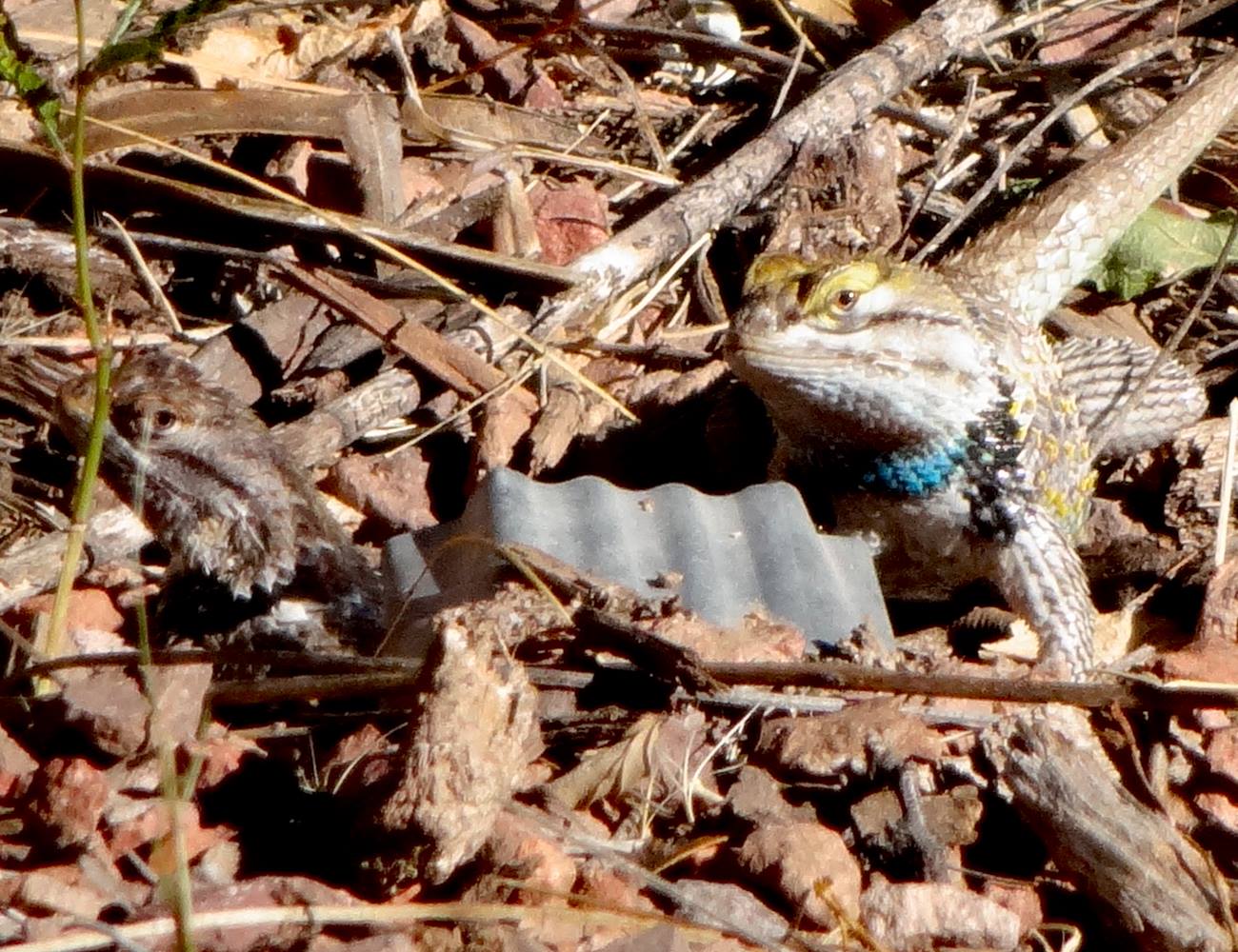 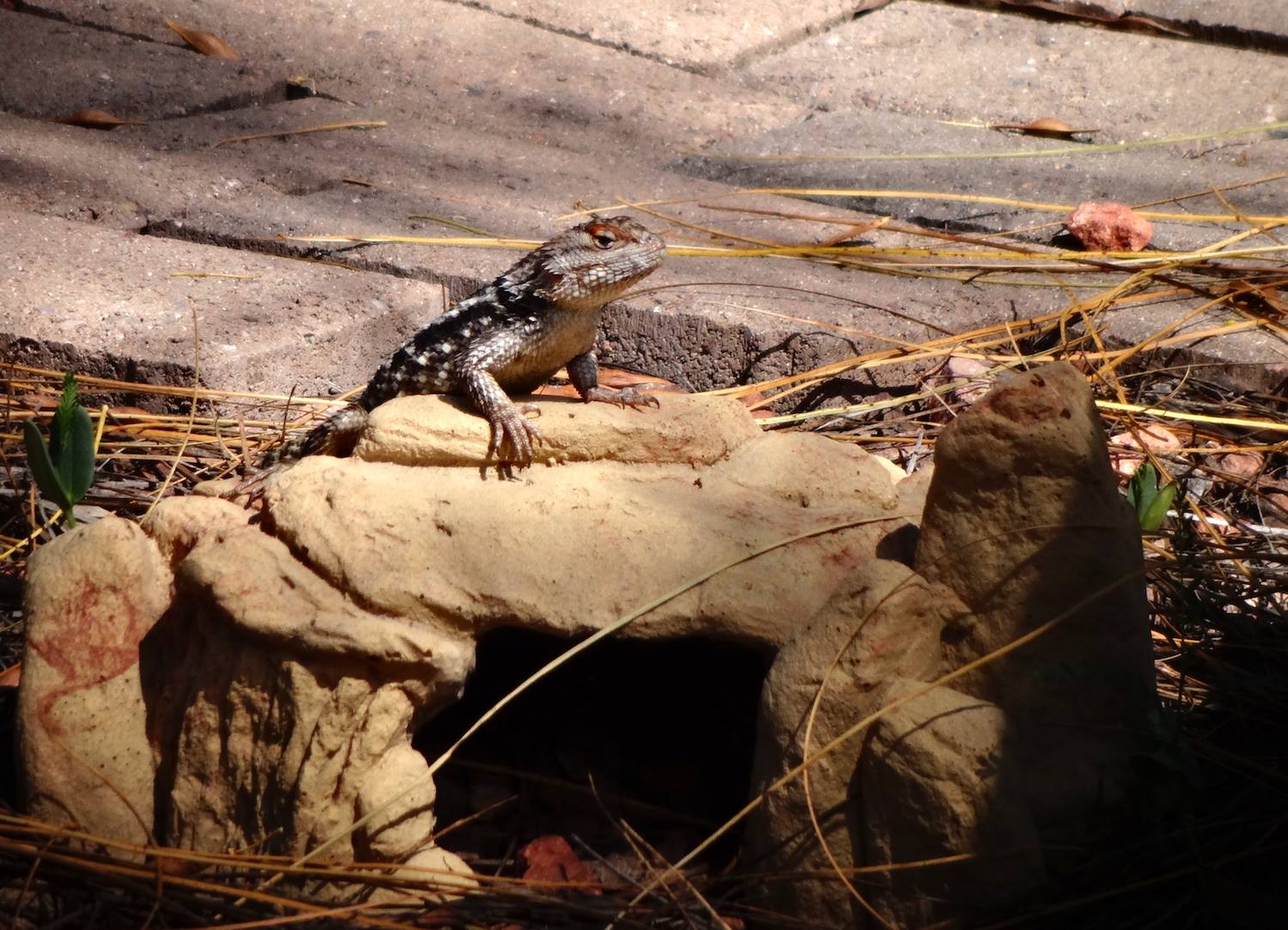 Harry sitting on her house. 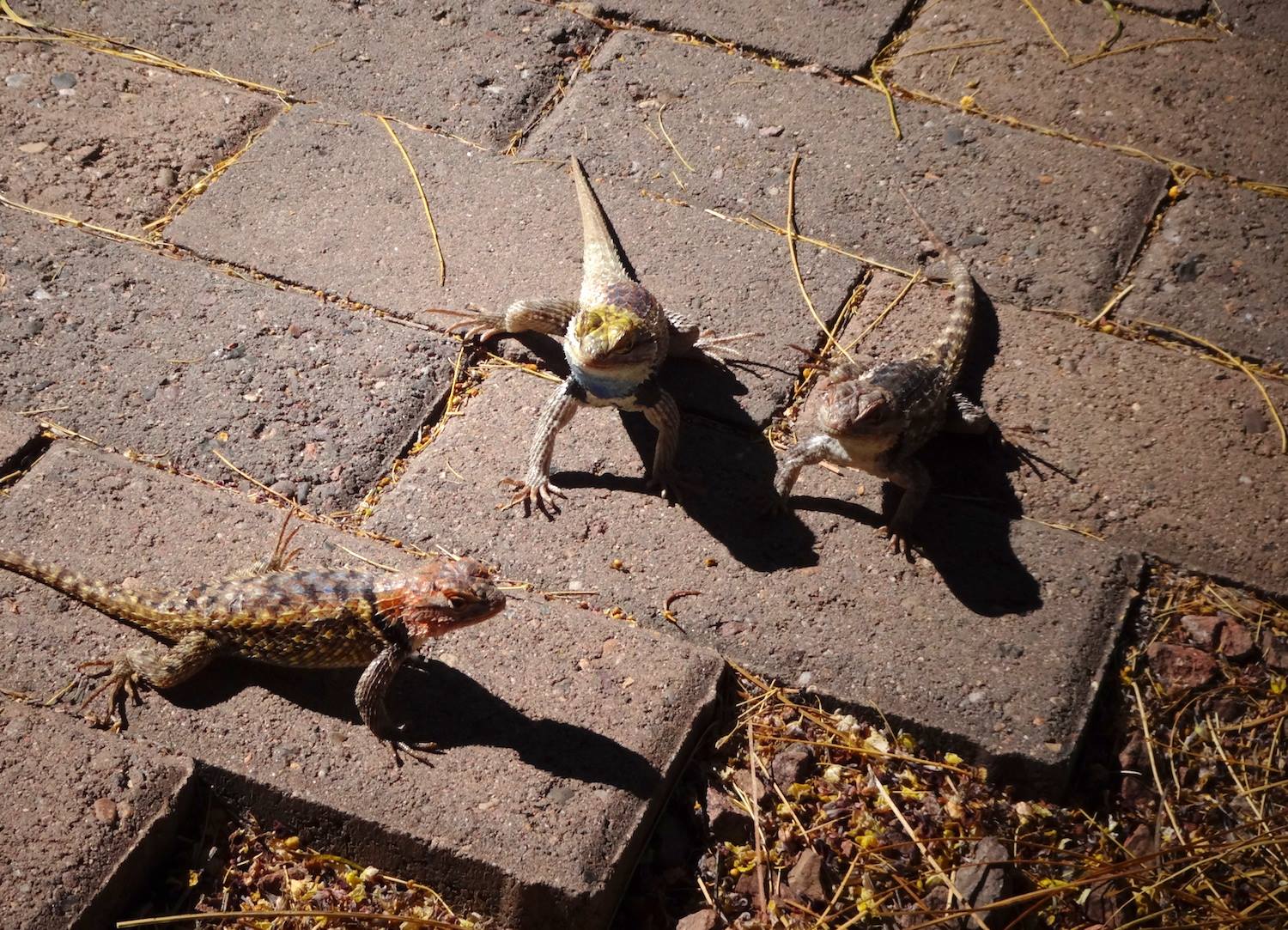 Feed me!!! (introducing Sandy on the far left) 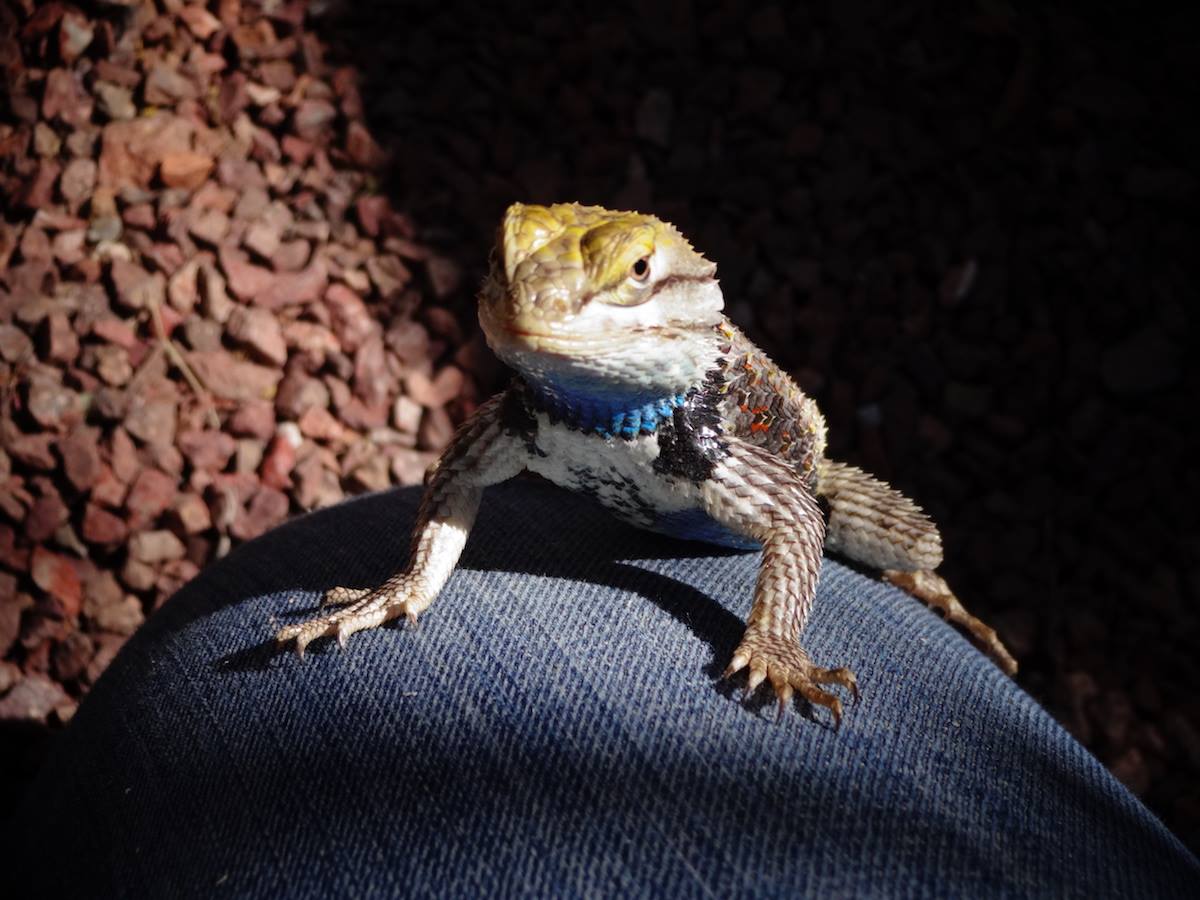 Big Blue jumping up on Jamie's knee for the first time! Dang, look at those claws!